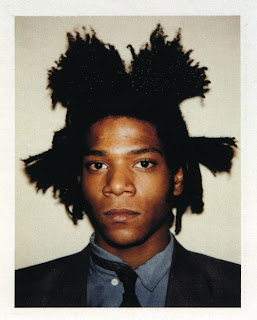 Basquiat's Upbringing
•                Born December 22, 1960 in Brooklyn, New York to Matilda A. and Gerard Basquiat
•                He was a gifted child who picked up the concepts of writing and drawing at an early age due to his mothers encouragement. She often found the time to take him to the New York Museum. by the time he was 6, he was a junior member of the Brooklyn Museum
•                His mom was of Puerto Rican descent and his father was Haitian, a mix that attributed to him fluently speaking and writing in French, Spanish, and English
•                Basquiat's upbringing became flawed as he was hit by a car when he was 8, he mourned the loss of his brother Max, his parents divorced, which was a contributing factor into his mom being institutionalized
Growing up, he made claims that his father physically and mentally abused him, which led him to run away, and latter move in with a friend of his. His troubles didn't stop there as he dropped out of Edward Murrow High School in the 10th grade when he was 15 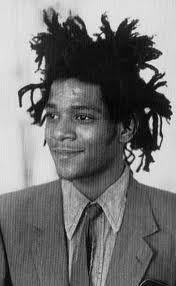 Introduction into the Art world
•                In 1972 with the company of his friend Al Diaz, the two started spray painting buildings in Lower Manhattan under the street name SAMO meaning "Same Old Shit"
•                In 1978 the anti-establishment, anti-religion, anti-politics graffiti was praised by the Village Voice
•                The following year, Basquiat and Diaz parted ways. Their split was seen written on buildings with the phrase 'SAMO is dead". Later this year Jean started to make a name for himself by getting booked on public access t.v. shows, which he continued to appear on for the next 5 years
•                When cash became an issue, he began selling drugs and shopping around homemade t-shirts and postcards in an attempt to get off of the streets
In 1980 he was included in a Times Square art show, which prepped him for his first solo art show in SoHo in 1982 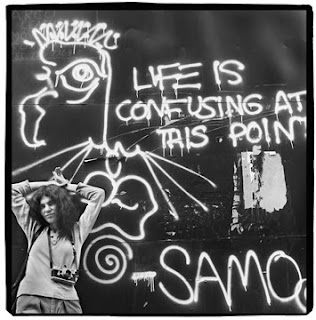 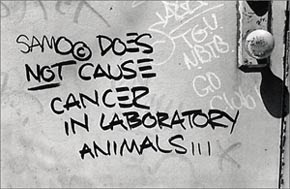 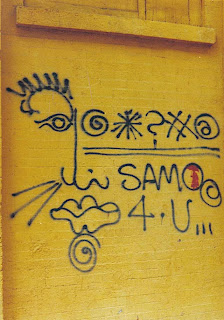 Basquiat's Style
•                Basquiat's fame sprouted during the German Non-Expressionist movement. During this time period, he often drew on the sidewalk in addition to his former graffiti technique
•                This movement marked the return of painting and brought back the minimalistic concepts of the human figure
•                The “African Diaspora” and “Americana” were two works that gave him critical acclaim in the mid 1980s
•                Throughout the '80s, Basquait continued on his rise to fame becoming the youngest artist to showcase 6 major art shows worldwide. He also became well known overseas landing a spot in Germany's Documenta art show which took place every 5 years
•                In the successful part of his career, he created about 200 paintings and crafted a crown outlined in black as his signature
•                From 1984-1986 Basquiat teamed up with the equally famous Andy Warhol and collaborated on a series of paintings such as “Ten Punching Bags”. It is said that Warhol would paint the canvas first and Basquiat would add on to his work
Though being praised by New York Times magazine, Basquiat started to withdrawal himself from the art world, especially after Warhol's death in 1987, which was around the time his drug addiction became the topic of discussion amongst the art world 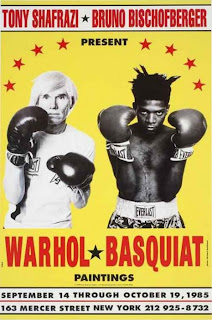 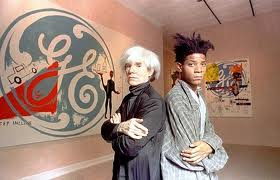 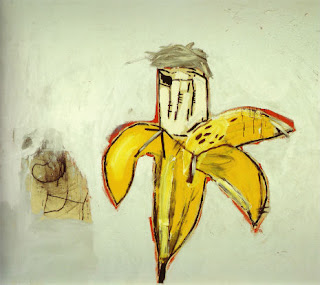 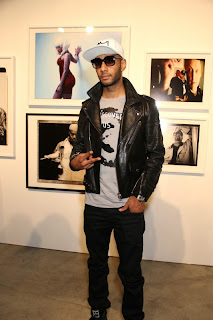 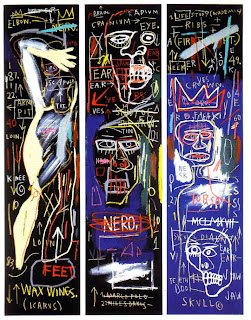 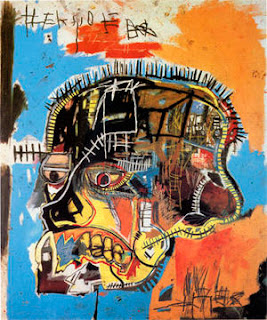 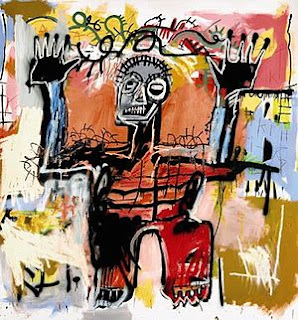 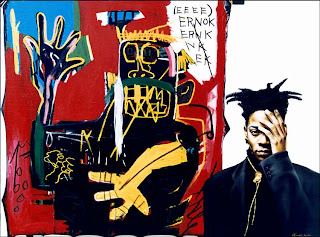 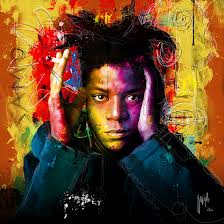